Lots of dialog boxes in Windows that should be resizable, aren’t.

This is very annoying and completely unneccesary: it’s simple to write the code so dialogs are resizable.

How can this be so after decades of Windows development?

This is one of the world’s Great Interface Mysteries.

Here’s the dialog box that pops up when you edit environment variables in Windows.

The box isn’t resizable so you can’t see all the text without copying it and pasting it somewhere else.

Below is the same but different.

I’d like to be able to see all the commands containing the word show, but I can’t because the box isn’t resizable. 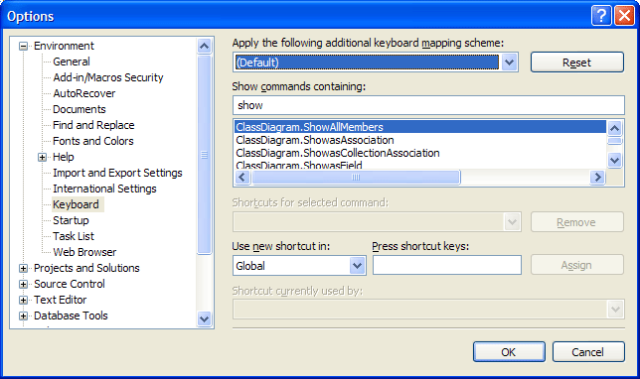 I am a Developer Advocate for Google Chrome. I grew up in rural South Australia, went to university in Sydney, and have lived since 1986 in London, England. Twitter: @SW12
View all posts by Sam Dutton →
This entry was posted in Uncategorized, Usability, Visual Studio, Windows, Windows XP and tagged Interface, UI, Usability, Windows, Windows XP. Bookmark the permalink.

This site uses Akismet to reduce spam. Learn how your comment data is processed.